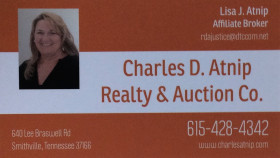 Probation Violator Tries to Avoid Arrest by Hiding in a Barn

A man wanted for violation of probation was arrested recently after a deputy spotted him trying to hide in a barn.

45 year old Billy Wayne Crook of Lawery Road, Smithville is charged with evading arrest. He was also cited for simple possession of a schedule III drug (suboxone). Bond for Crook is $5,000.

Sheriff Patrick Ray said that on January 14 a deputy was patrolling on Keltonburg Road when he saw a maroon Chevy Impala fail to dim its headlights. The car turned onto Students Home Road and then to Willis McGinnis Road before pulling into a barn. The driver got out and hid in the barn behind some rolls of hay. As the officer entered the barn to conduct a search, Crook ran out. Crook was subsequently captured and placed in custody. Found in Crook’s right front pocket was a plastic baggie containing an orange pill believed to be suboxone.

35 year old Joshua Ryan Cripps of Virginia Avenue, Smithville is charged with possession of methamphetamine and heroin with intent to sell or deliver. His bond is $10,000 and he will be in court January 30.

20 year old Gabriel James Hesson of Oak Drive, Smithville is charged with theft of property. He was further cited for violation of the light law and failure to stop at a stop sign. His bond is $10,000 and he will make a court appearance on February 6.

Sheriff Ray said that on January 17 a deputy was traveling inbound on Highway 70 and spotted a silver four door car run a stop sign at the intersection of Evins Mill Road and Highway 70. The car also had a taillight which was not working. The officer conducted a traffic stop on East Main Street in Smithville. Hesson was driving the car. During the traffic stop central dispatch notified the officer that the car was reported stolen out of Wilson County. The car was valued at $2,500.

Persons with disabilities and community leaders turned out for a public forum Friday morning at the county complex hosted by State Senator Mark Pody and the Tennessee Council on Developmental Disabilities.

The purpose of the meeting was for state officials and members of the council to learn more about what the disability needs are in the community and to help people better access resources for meeting those needs.

Tecia Puckett Pryor of Smithville was appointed to the Tennessee Council on Development Disabilities seven years ago as one of two representatives from the Upper Cumberland area and today serves as Chair of the Council.

“Its been a great thing for me to connect with other people in the disability community and state agencies and to learn how well our state works to make Tennessee a disability friendly state. What we are trying to do today is give people an overview of available programs and how they can ask for help and try to navigate the state system in obtaining information and resources,” said Pryor.

“One of the things we are most aware of, and the reason the council exists in state government, is that what happens in the state capitol doesn’t always reach areas outside of Nashville very well. What is really special about connecting with the Council on Developmental Disabilities is that for any disability need, question or resource that you have, we have people on the ground who are your bridge to the state system. We want to hear your questions and your thoughts so we can take that back to Nashville and to come back here later prepared to address exactly what you want,” said Lauren Pearcy, Public Policy Director of the Tennessee Council.

The Tennessee Disability Pathfinder (“Pathfinder”) website also provides free information, resources, support, and referrals to Tennesseans with disabilities and their families. Through a helpline and online database, individuals with disabilities, their families, caregivers, and service providers can be connected to appropriate community resources that suit their needs.

About the Council on Developmental Disabilities:

The Tennessee Council on Developmental Disabilities is a state agency established to improve disability policies and practice, educate policymakers and the public, and build collaboration to create lasting, positive change for Tennesseans with disabilities and their families. The Council is the only state agency tasked with looking at how all the pieces of our disability system work together, identifying areas of need, and bringing different parts of government and outside groups together to tackle challenges and improve state services. For more information, visit www.tn.gov/cdd or follow us on Twitter (@TNCouncilDD) or Facebook.

DeKalb County High School basketball fans will be treated to a blast from the past on Saturday night, January 25th as former high school basketball players return for the 2nd annual alumni games at the DCHS gym.

Admission is $5.00 at the door and concessions will be available.